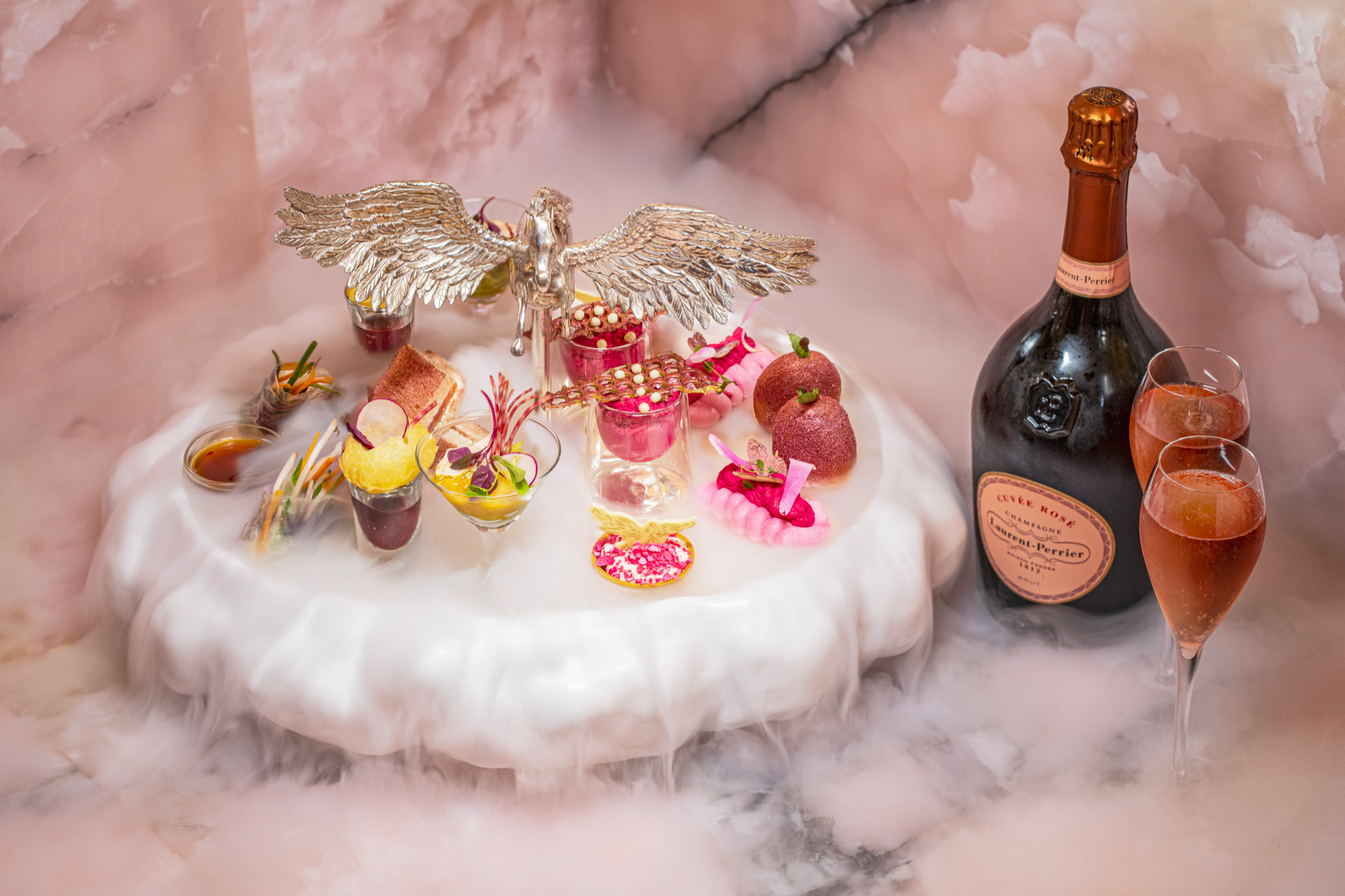 Here at Wonderhatch, we pride ourselves on staying up-to-date on the latest trends in the verticals we produce photography and film for. One sector that’s thriving currently – the luxury and extravagant food & beverage industry. Here are a few if the most extravagant trends we’ve spotted this summer!

With the issue of sustainability constantly on everyone’s mind and people coming up with new dairy alternatives. Potato milk is the latest craze in the food alternatives world. Waitrose predicted at the start of the year that potato milk would be the next big thing, and they were right. The potato is prepared similarly to the others such as oat milk, drained, then mixed with water and a few additional ingredients to create a liquified, creamy consistency. But potato milk has a distinctive feature that might set it apart from the competition.

Because cultivating potatoes uses roughly half as much land as growing oats, potato milk is the most environmentally friendly plant-based milk available. Additionally, potato growing uses 1/56th the amount of water compared to almond farming.

Dug is the only manufacturer of potato milk at the moment and it’s only available in Europe but it certainly won’t be long till more people get on the potato milk train. Oat milk, you’d better watch out!

Edible gold leaf has really grown in popularity in recent years as people are wanting to glam up their meals. It’s made from pure gold or occasionally a gold and silver alloy. Given that gold is regarded as “biologically inert,” meaning it travels through the human digestive system without being digested, as its name suggests, it is edible and safe to eat. It’s used most commonly as a garnish for dessert and meats, candy making, and spicing up cocktails.

Perhaps the most well-known use of edible gold leaf is in gold leaf steak. Gold leaf steak has been largely popularised by the chef and entertainer Nusret Gökçe, better known as Salt Bae. Although the gold sheets offer no extra flavour to the meat, it certainly does make it more of a luxurious and memorable experience. But, it’ll cost you!

CBD has been making some serious waves in recent years and is really on the up. Most people are familiar with some type of CBD-infused product, but CBD beer is quite a new trend. There are countless benefits to CBD beer, it’s great for socialising as it calms you down and has anxiolytic (anxiety-relieving) properties. It helps you sleep and is actually just great for your health in general.

I think it goes without saying that it’s perfect for the designated drivers as well, you can relax and enjoy your night with everyone but are still capable to drive as it’s non-alcholic.