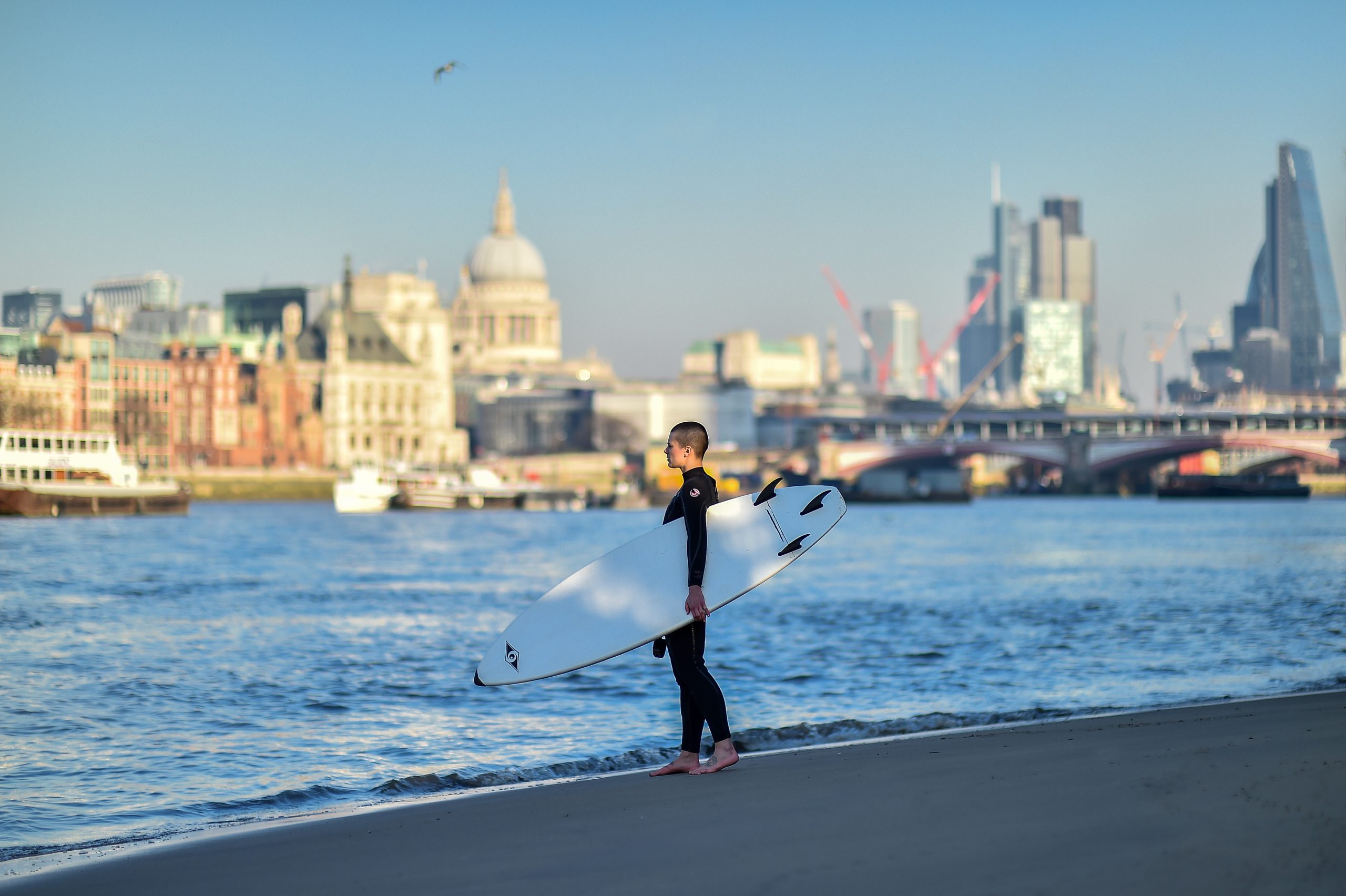 Out of place, wistful and beautiful, our January Picture of the Month, captured on the shores of South Bank, is unexpected to say the least. This unique commission was by Rooster PR for their client Flight Centre. Briefed to capture imagery on the streets of London to promote Flight Centre’s Australia Day flight deals, the result is a series of images depicting a lost surfer seeking the waves in wintery London.

Delve into our digital magazine to see more from this quirky shoot, and take a peek behind the scenes over on our Facebook page.

In-house v Agency – Which is the right path for me?

Bit of Fun Our Favourite...