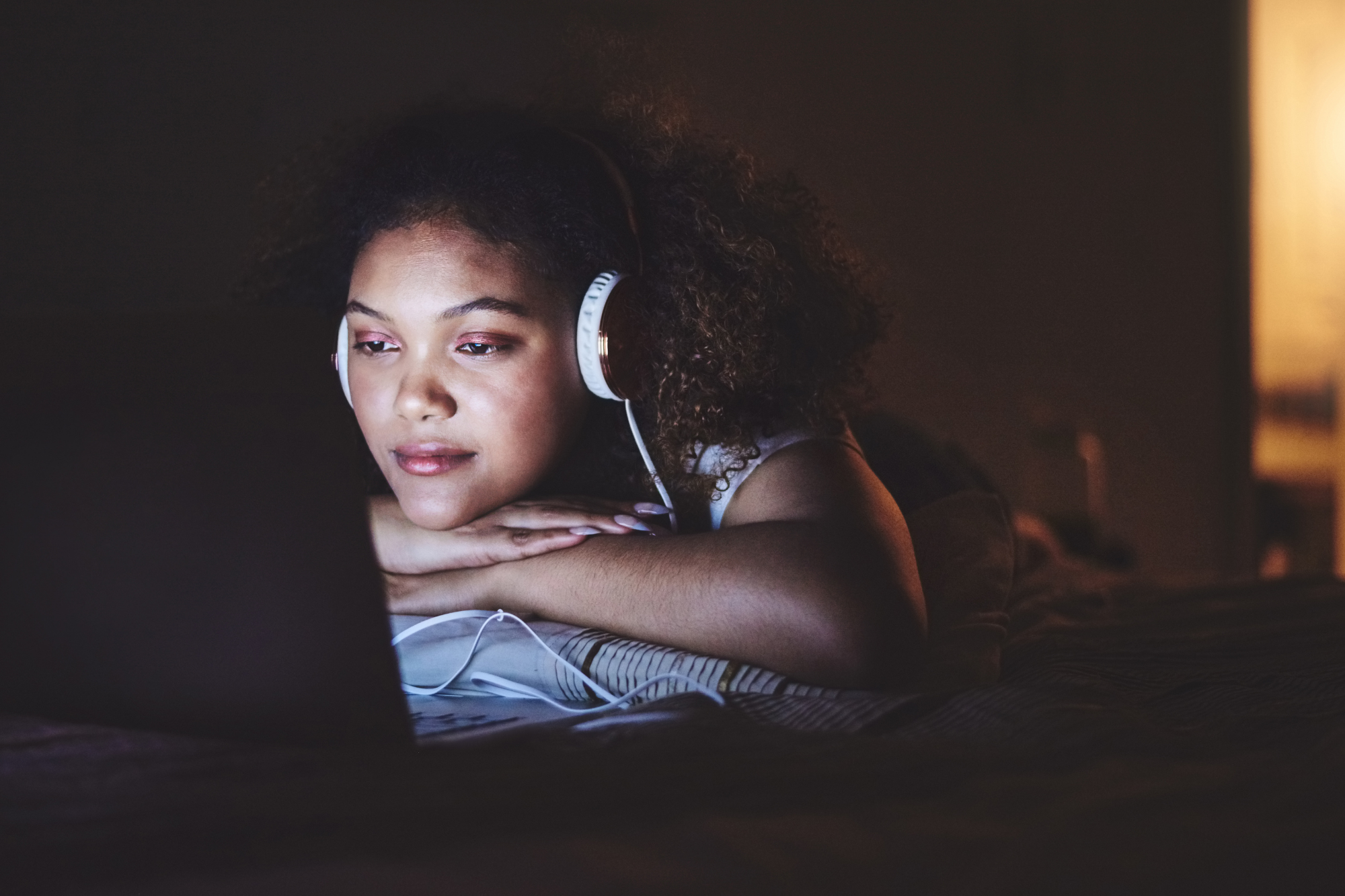 Docuseries: a documentary that is telecast in a series of programs.

Over the past few years, Netflix has reinvented the way we watch television. Particularly with the onset of the pandemic, the ease with which the streaming service allows binge-watching has give made viewers hungry for dramatic and addictive content. One genre in particular that has emerged is that of the docuseries, a documentary that is telecast in a series of programs.

So how and why have they been so successful? It is not just down to being able to watch content on demand-through multiple platforms (TV, PlayStation, Xbox, Chromecast, Apple TV, Blu-ray players etc). Content has changed. TV shows are no longer seen as inferior to film. We believe that two examples of recent docuseries successes will help illustrate the increase of the popularity of the genre.

What defines a successful docuseries?

Success can be defined not only through awards won, or the amount of press that they received on release.

What does define success is if the subject and content is controversial; Documentaries need to cause a strong reaction in the audience and whether it’s a good reaction or bad is up to the audience to decide. Viewers can be biased, or they can be neutral, but content is presented in such a way that sparked a conversation, or even an argument between viewers. A poor episode 1 is unlikely to keep viewers hooked for the rest of series and they will simply choose something else.

These two documentaries are perfect examples of sparking reactions. At the time of release of the first one in December 2015, Netflix was a fledgling streaming platform; however clever timing saw the release at the start of the holiday season. Viewers and critics had more time on their hands and the material encouraged so called ‘ binge’ watching and momentum built quickly. 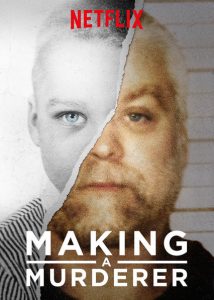 What would you do if you were convicted for a crime you didn’t commit?

In 1985, DNA managed to overturn the conviction of Steven Avery -18 years after sentencing. Yet only 2 years after release from prison he was convicted of another murder. This docuseries shines a spotlight on his life, family and his work  in the family salvage business in Manitowoc County, Wisconsin.

For viewers this was an emotional rollercoaster: Series one focussed on the period 1985- 2007, learning about Avery’s 1985 arrest and conviction, and later his exoneration. He went to prison for 18 years for the assault and rape of a local businesswomen. Avery believed that the reason why he was convicted was due to his family’s reputation as car salvagers in the local community and the believed the Sheriff’s department had a considerable amount of prejudice against his family.

After he was released in 2003, Avery tried to sue the county’s police department for their mishandling of the case for $36 million. The case dragged on for a few years. In 2007 a women called Teresa Halbach was murdered and was last seen close to Avery’s property. Avery and his 16-year-old nephew, Brendon Dassey, were arrested and later convicted for the murder.  However, the case against Avery was suspicious, and Avery sued the police department and there was a suggestion that some evidence was planted.

Both trials were sensational and made nation-wide headlines. Central for viewers was whether you believed that both Avery and Dassey were innocent of the crime. Guilty or not they have both sat in prison for 15 years and are still there to this day.

Series two focussed on the long and troubling appeal process of both cases. Avery had a new, high-profile lawyer, Kathleen Zeller, who since 1991, has overturned 20 wrongful convictions. The series mainly followed her in her investigation into the muddy waters of the Avery case whilst Dassey’s case was being pushed through all the courts available to them. The series concludes on an optimistic ending for Avery, with Zellner pushing for an evidentiary hearing so she could present her new findings to the court. However, Dassey had exhausted all appeals and It is likely that he will serve time in prison until 2048.

This true-crime series showed how bare-bone facts of a trial can lead into televised theatre, where lawyers dramatised events and ‘put on a show’ for the cameras reporting on the trial.

Global interest exploded as the series aired, jumping initially to 2.3 million viewers and then at the two-week mark 5.5 million. 35 days after its debut, it reached 19.3 million viewers. In 2016 Making a Murder won 11 awards, including Outstanding documentary or nonfiction series, Film & Video Breakout of the Year and Best Limited Series.

Now just because a series has won a variety of awards does not mean that it has changed the docuseries world. The viewing ratings normally determine success; some critics have praised its comprehensive nature. Public reaction for Making a Murderer was huge, some celebrities such as Ricky Gervais, Alec Baldwin and Mandy More praised the series on social media. A petition with 130,000 signatures was issued to the White House, requesting that Avery and Dassey be pardoned, which was ultimately unsuccessful.

Making a Murderer was one of the first docuseries Netflix aired, and after Season 2, the series has had a major impact in the moulding of the genre on Netflix. 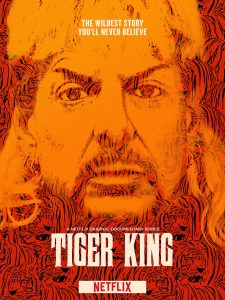 Tiger King, OMG!  This wild cat, gun loving, all-American docuseries rapidly went viral. A story that is so bizarre and so insane, that it must be true. The series follows the thread of private big cat zoos across the US which eventually lead down a very deep rabbit hole. Events that were covered in this scandalous tale included a murder-for-hire plot, a millionaire’s disappearance (one theory was that his wife, Carol Baskin, murdered him for his money,) a guru-based zoo with the guru/spiritual leader having multiple wives, multiple forms of animal abuse and federal agents with search warrants storming properties.

Early on into the first episode, the audience learned that there are more privately owned tigers in the U.S. than there are in the world in the wild, somewhere between 5,000 and 10,000 in captivity in the USA and less that 4,000 are in the wild.

Tiger King focusses on the life of a former owner of a roadside, big cat zoo and introduced Joe Exotic. A gay, charismatic, second amendment fanatic who is currently behind bars for murder and animal abuse.

The series includes other zoo owners across America like Tim Stark and Doc Antle, a big cat conservationist called Carol Baskin and some animal activist organisations such as Peta. Over the course of a few years, Joe and Carol were locked in a desperate struggle. Both sides fighting to survive. A very long, and crazy story but in the end, Exotic went to prison for hiring a hitman to murder Carol Baskin…allegedly.

There is some debate over whether Joe hired the hitman, or even if he wanted to murder Baskin. It has a delicious whodunnit subplot that kept viewer conversation and debate at fever pitch. Joe has also been linked to animal abuse crimes and clearly no saint. However, the filmmakers were long-time conservationists and none of the characters were painted in a good light throughout the series. A question to ask is should documentaries be biased? Or should they stay neutral? Who is to say that the documentary-makers are right in the view point they choose? That’s why I personally love documentaries, it inspires conversation and debate over the issues that the documentary addresses.

Some viewers believed Exotic was framed and made a petition to get him released, to the White House. However, no pardon was issued. Just like Making A Murderer – the public felt sufficiently invested to take direct action which ultimately failed but showed how the docuseries could speak to its audiences. Conversation and debate tended to focus on Exotic and other characters in the series, rather than the much bigger issue of big cat conversation and whether it’s right to have them in private zoos.

Netflix released this series in March 2020, at the start of the pandemic. In the UK we were about to enter the first of many lockdowns, so there were more viewers at home looking for new series to watch. Reaching 34.4 million viewers alone during first 10 days, social media and word of mouth helped to increase viewing numbers as time went on. In total, Netflix has stated that the big cat docuseries reached 64 million viewers.

There is no doubt that clever programming on Making A Murderer and lucky timing on Tiger King played their part in the global success of both docuseries.

But more than that both docuseries sparked debate, raised issues that audiences feel passionately about and invested in. Thankfully (or unfortunately) due to social media, sharing your personal opinions is easier than ever, and with free speech everyone’s opinion is valid.

These docuseries are rabbit holes, with a deep story that grips the audience from the get-go. A story that is so unbelievable, that it should only be fiction, a story you wouldn’t want to be personally involved with but watching from a distance – being a voyeur – is acceptable. It is complete escapism but still grounded in reality.

Netflix has dominated the global entertainment scene; I personally think that Making a Murderer was the catalyst for the growth in this genre. The breakout of these two docuseries was helped massively by social media.

Strapping Straplines from the Automotive Industry